Advancing Technology for 70 Years in the Forest Service 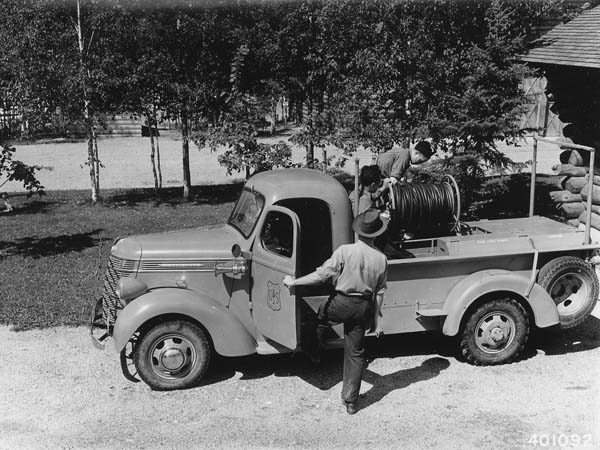 For seven decades the U.S. Department of Agriculture, Forest Service’s National Technology and Development Program, has provided practical solutions to problems identified by its employees and partners. The program helps the Forest Service manage the nation’s natural resources efficiently and safely. Other agencies and private groups have adopted many of the program’s solutions. 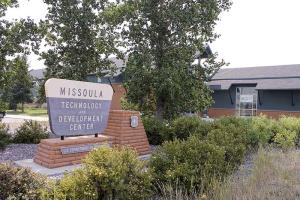 The National Technology and Development Program (T&D) operates two centers — one in Missoula, Montana and the other in San Dimas, California. The combined staff of 107 people works on about 250 projects each year.

In 1965, fire activity in Southern California, evolving industrial and academic centers, and an available Forest Service facility, provided the opportunity to move the Arcadia center to San Dimas, California.

The Missoula Technology and Development Center
During the late 1940s Forest Service employees at the Aerial Fire Depot in Missoula, Montana began working on more effective ways to use aircraft for fighting fires in remote areas. When aircraft detected a forest fire, dispatchers quickly sent smokejumpers and cargo to be dropped on the fire. The success of these techniques led to the establishment of Missoula Aerial Equipment Development Center in 1953.

Center employees worked at a variety of locations before operations moved to Fort Missoula during the 1960s. In 2002, the Missoula Technology and Development Center moved to its own facility on the Forest Service campus, west of Johnson-Bell Field Airport. The campus also includes a fire lab, aerial fire depot, and northern region smokejumper base. 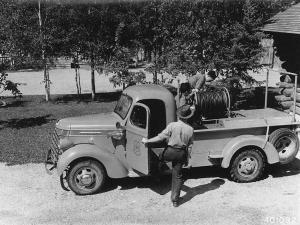 Employees ready a 3/4 ton fire truck at the Marcel Ranger Station on the Chippewa National Forest in 1940; equipped with a hose, pump and water tank. (NARA)

Helicopter Rappelling and Short Haul
Since their introduction to firefighting in 1947, helicopters have delivered firefighters and gear to inaccessible terrain by landing in roadless areas or by rappelling when no landing areas are available. T&D tests cargo nets, rappelling ropes and descenders to ascertain their effectiveness and safety for use. The Forest Service recently adopted short haul techniques (suspending humans beneath a helicopter) to assist in extracting seriously injured employees from the fireground.

1960s
Evaluation and Testing of Wildland Fire Chemicals
Since the early 1960s the T&D’s Wildland Fire Chemicals group has provided detailed information on fire suppression and retarding chemicals. Once a product qualifies for use, the Forest Service adds it to the Qualified Products List (QPL). State agencies and foreign governments also use the QPL.

Traditional Skills
With the passage of the Wilderness Act in 1964, there was a need to preserve traditional skills. T&D has developed publications, training guides, and DVDs on using crosscut saws and axes, minimizing impacts of stock, restoring historic structures and using non-motorized rigging. 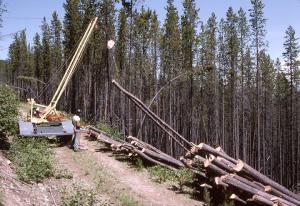 Aerial and Ground Ignition
In the late 1970s, the Forest Service began using aerial ignition; such as gelled fuel delivered by helitorch, to reduce ground fuels. Currently, T&D is working on a spark-ignited utility-terrain vehicle torch to ignite ground fuels.

1980s
Improved Logging Systems
In the early 1980s, T&D developed the miniyarder that allows loggers to pull small-diameter logs from the forest. Unlike commercial yarders, the Bitterroot Miniyarder is small enough to haul in the bed of a pickup truck.

1990s
Smokejumping Equipment
In the early 1990s, T&D worked with a private contractor to design a next generation Forest Service round parachute. The design eventually became the FS-14 parachute, which replaced the FS-12. U.S. Special Forces adopted the FS-14, which became the military’s SF-10A parachute. In 2016, the Forest Service will begin transitioning to a Ram-air parachute system.

Facility Improvements
Since 1990, vault toilets at Forest Service campgrounds have relied on a passive ventilation system that keeps most of the odor outside. Recently, T&D identified methods and provided a guide for keeping wildlife out of building vents and other open-topped pipes. 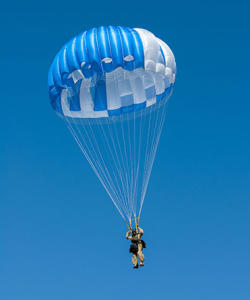 A smokejumper tests a FS-14 parachute at the Technology and Development Center in Missoula, Montana. (USFS)

2000s
Accessibility
T&D develops equipment and guidebooks to help make campgrounds and recreation areas usable by people of all ages and abilities.

Tree Marking Paint
In the early 2000s, T&D facilitated the change from oil-based paint to water-based paint. T&D manages the tree marking paint contract to ensure that the Forest Service, U.S. Department of Interior and Bureau of Land Management are using the most effective and safe products available.