Case No. 1 was the name given to an 1899 timber sale on U.S. Government land in the Black Hills Forest Reserve in South Dakota. Case No. 1 was a contract between the Homestake Mining Company and the United States Department of Interior, authorized by the Organic Administration Act of 1897. Under this contract, 13 million board feet of ponderosa pine trees were cut from the Forest Reserve by the Homestake Mining Company. Homestake was awarded the contract to cut these trees, so they could mill them into mine timbers for their large underground gold mine in Lead, South Dakota. Previous to this time, people simply cut trees from the Black Hills forests as they wished, without permission from the U.S. government. 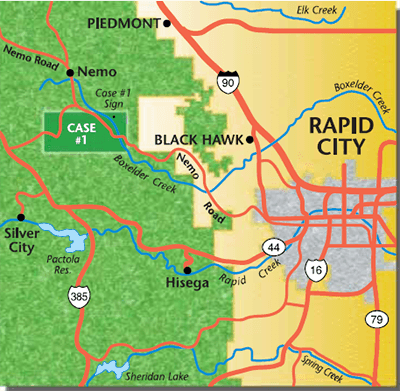 The Organic Administration Act of 1897
Authorized management of Forest Reserves

Transfer Act of 1905
Transferred the Forest Reserves to the Department of Agriculture to be managed by the U.S. Forest Service

Let’s take a step back in time… 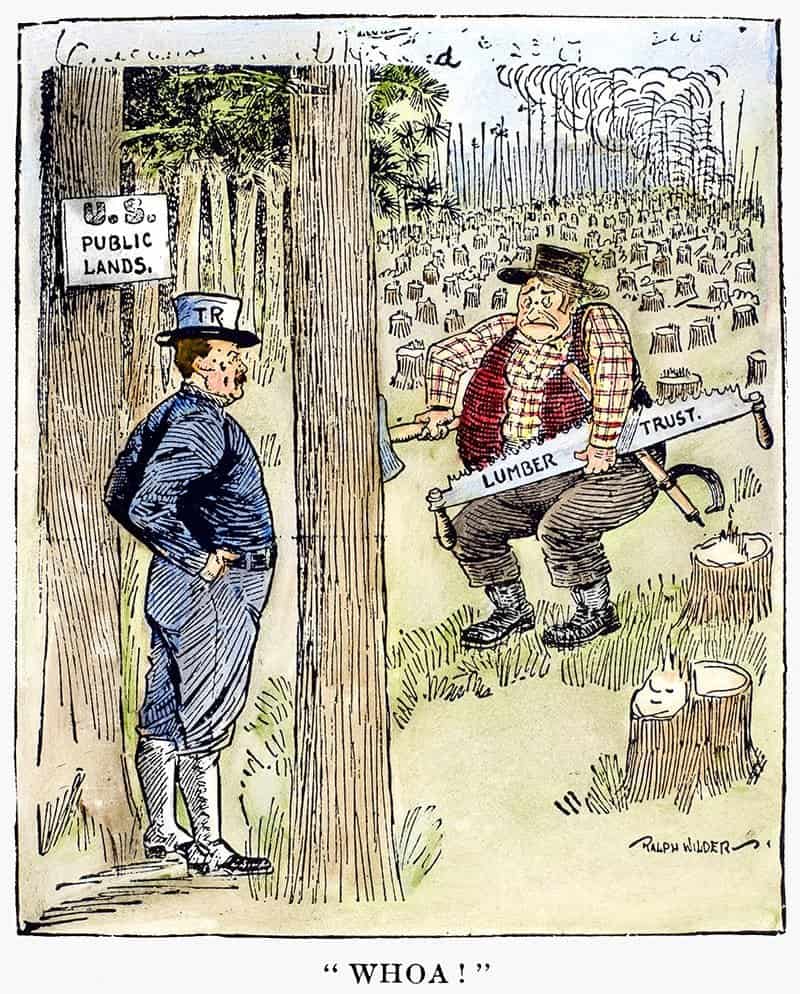 The Conservation Movement in the 1800s in America

During the 1700s and 1800s, in the early days of our country, the American people cut down massive amounts of our forests in the East, South, and Lake states. They needed wood for everything – buildings, fuel, railroad ties, boxes, wagons, farm equipment, barrels, and tools of all kinds. Nearly everyone thought that the forests of America would never run out. They didn’t realize that we needed to protect our future and make certain that we did not waste our wood products that took so many years to grow. Many settlers would buy up a piece of land after the timber was cut, or they would themselves cut all the trees, so that they could plant crops on that land.

Nearly everyone thought that the forests of America would never run out.

In 1864, George Perkins Marsh published Man and Nature, a book in which he warned people of the environmental effects of cutting trees without thought for the future. His belief in protection was called “conservation”, and that movement gained widespread support from people across America. However, excessive timber cutting continued for several decades as a new threat began to get people’s attention. Wildfires raged out of control, fueled by dry logging debris on millions of acres of stripped forest land. On the same day as the Great Chicago Fire, October 8, 1871, the Peshtigo Fire in Wisconsin charred 3.8 million acres of land and killed 1,500 people. In 1884 and 1894, other wildfires brought similar death and destruction to communities in Michigan and Minnesota. 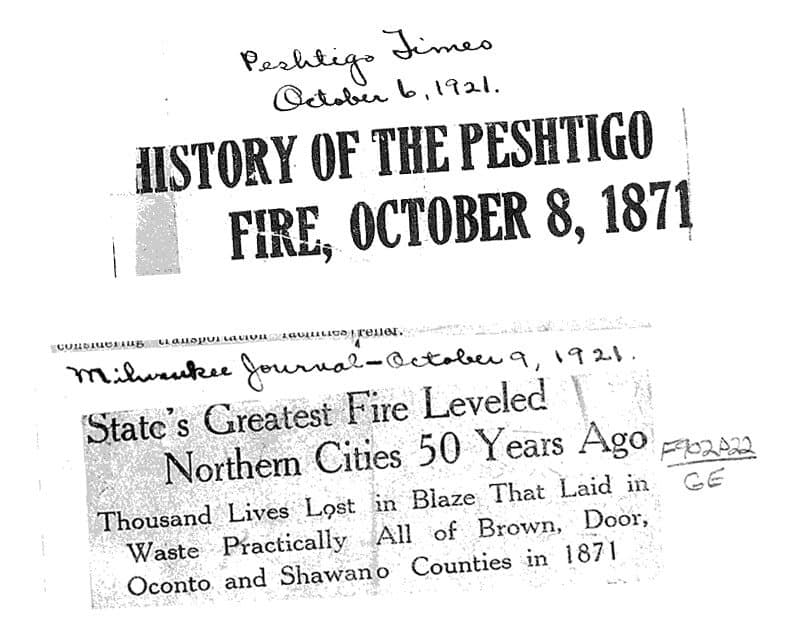 Headlines about the history of the Peshtigo Fire, 1921.
(Wisconsin Historical Society)

The United States government began to realize that they must become more involved in protecting the forests throughout the United States. Not only were farmers replacing forests with agricultural lands and wildfires ravaging communities, but miners were cutting trees to make railroad ties and timbers to line their mineshafts. Another big use of timber was for cord wood to burn as fuel to heat boilers to produce steam to power the stamp mills and other gold recovery machinery. In 1870, a leading mining professional warned of the “wanton destruction” of timber in the mining regions of the West and wanted to stop this destruction. The man was Rossiter W. Raymond, a U.S. Commissioner of Mineral Statistics, and he was one of the earliest mining professionals to advocate for responsible forest management. He traveled throughout the mining regions of the West in the late 1860s and early 1870s and reported on all areas of mining. He was a writer and editor for mining publications, and he warned people about the abuse that was happening in the forest. (Source 100). The Homestake Mining Company in South Dakota, the Anaconda Mining Company in Montana, and the Comstock Mine in Nevada were large companies that needed to pay attention to Raymond’s warnings.

Headlines about the history of the Peshtigo Fire, 1921.
(Wisconsin Historical Society) 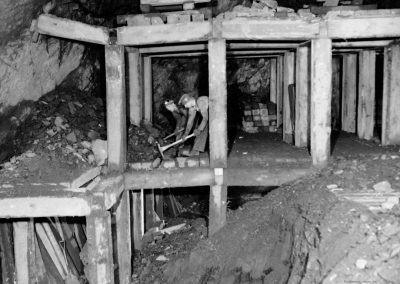 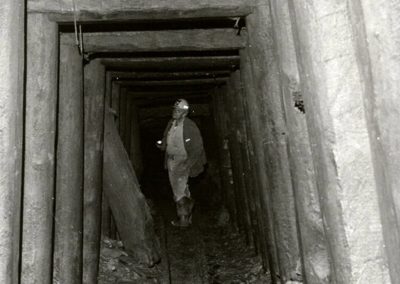 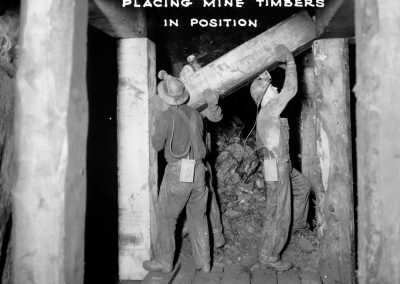 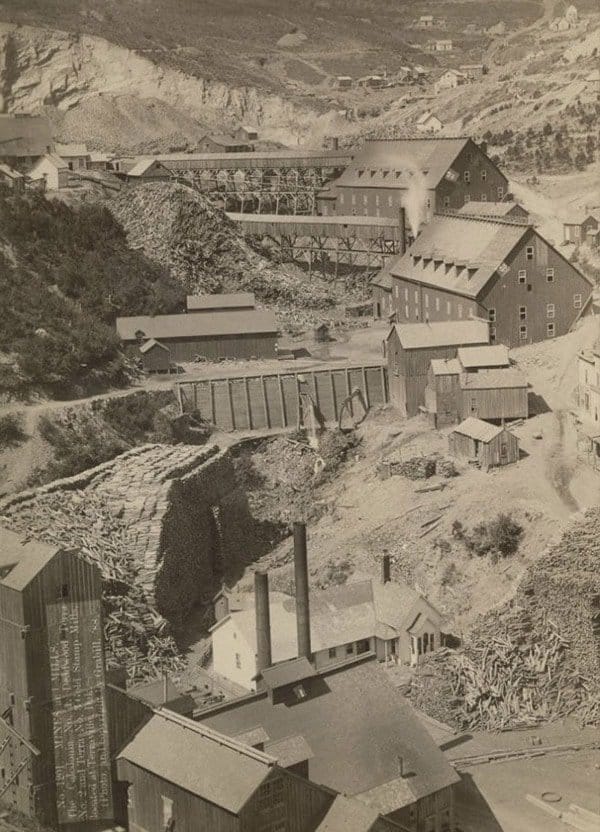 The Homestake mine was discovered in 1876. George Hearst and 3 partners purchased the mine in 1877, and, despite the remote location, rapidly expanded mining operations. Homestake was listed on the New York Stock Exchange in 1879, the first mining stock ever listed. In the 1890s, the Homestake Mining Company was the largest of the numerous gold mines in the Black Hills, as well as one of the largest gold mining companies in the country. In the late 1890s, Homestake was producing 200,000 ounces of gold annually, had 2,000 employees, and was easily the largest employer in South Dakota. Homestake reportedly required 8 trainloads of timber and cord wood per day to sustain their operations. 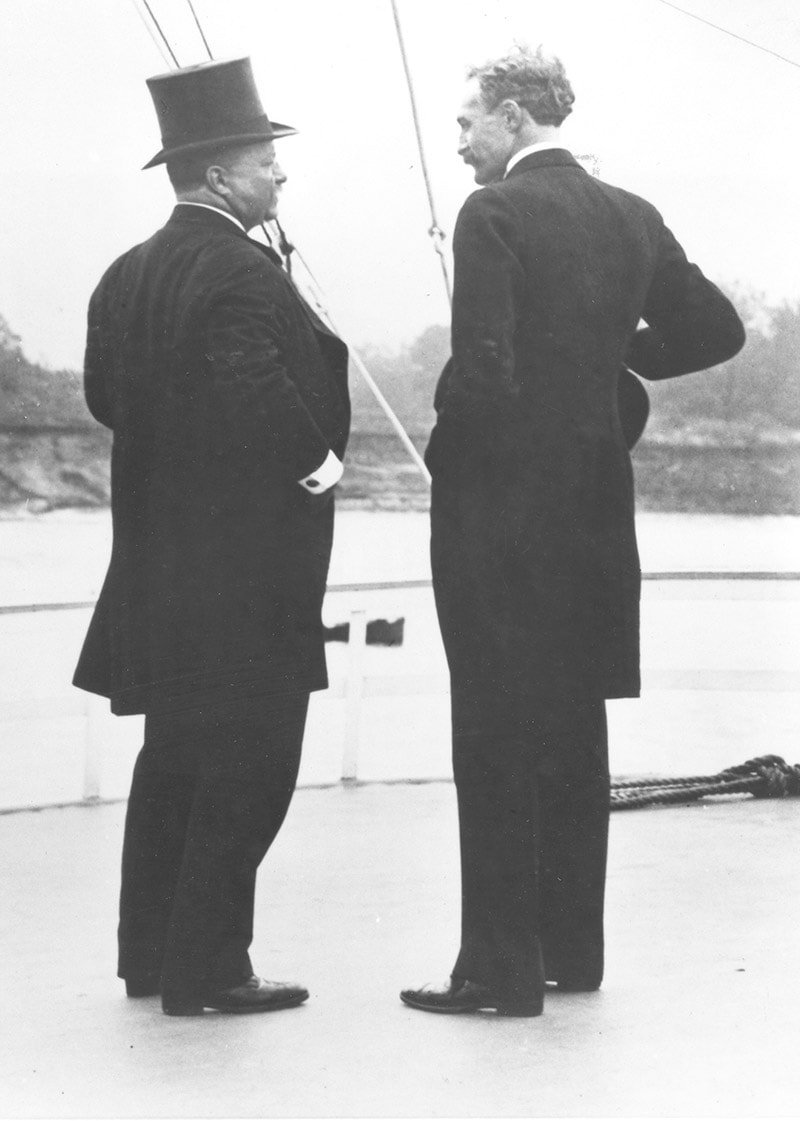 Meantime, George Bird Grinnell, a famous protector of nature, also was very concerned about how our forests, trees, animals and land were being ruined. He was editor and wrote many articles for Forest and Stream magazine. He was so concerned that in 1887, he co-founded the Boone and Crockett Club with Theodore Roosevelt, General William T. Sherman, and Gifford Pinchot (Source 101). Together they supported a government decision to designate the Yellowstone Forest Reserve. Many women’s clubs across the country agreed with the conservation views of Grinnell and Roosevelt and worked to support the protection of America’s incredible natural resources (Source 102).

In a move to get school children of America involved in the protections of our wild places, Bird Day and Arbor Day were celebrated so that children could learn more about those movements. In 1898, the League of American Sportsmen was started. More and more Americans were beginning to join the march to save our environment.

In 1892, conservation of private forests in the Eastern U.S. took a major step forward. George Vanderbilt, a wealthy East Coast business man, hired Gifford Pinchot to prepare a forest plan for his Biltmore estate near Asheville, North Carolina. Pinchot was our first trained forester who was born in America. The Biltmore Estate became known as the “cradle of forestry” and was also the site of the Biltmore Forest School, the first forestry school in North America, established in 1898.

Next: Establishment of the Forest Reserves 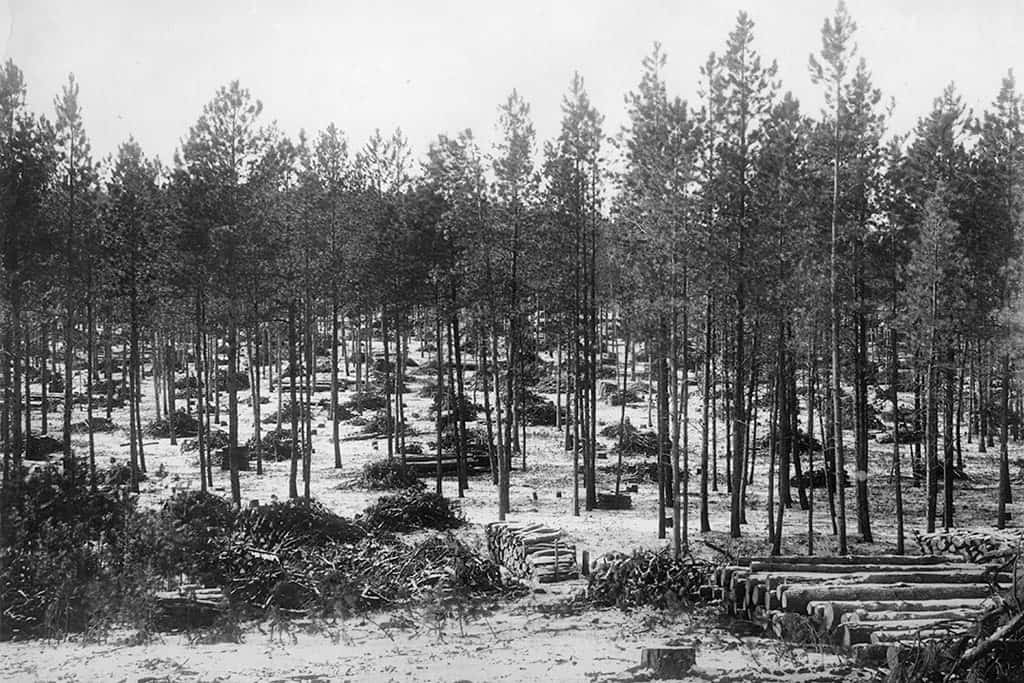 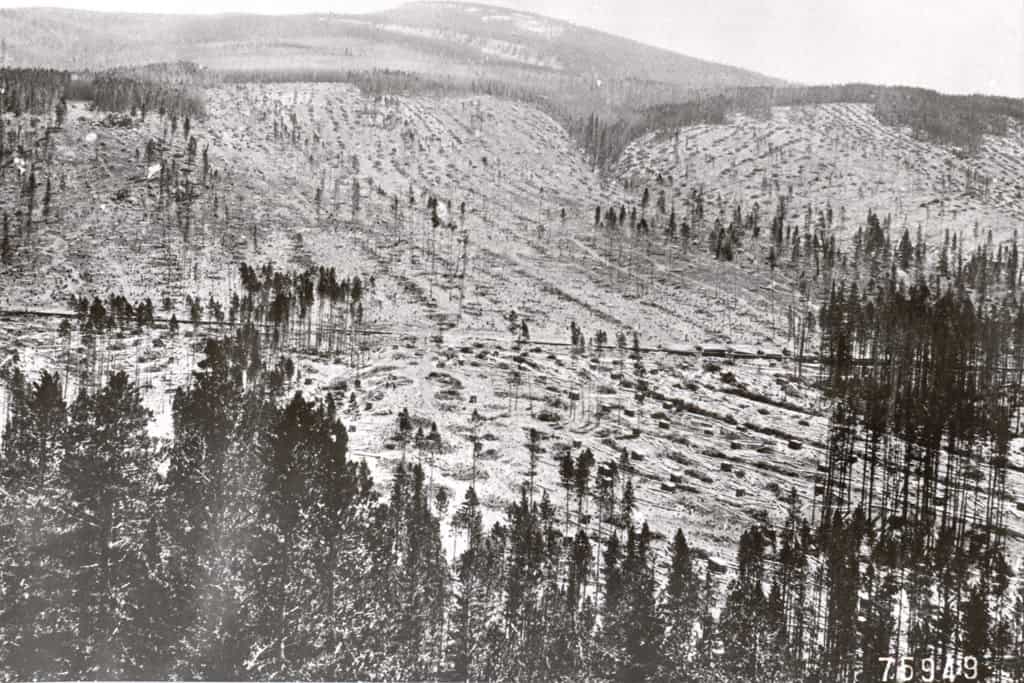 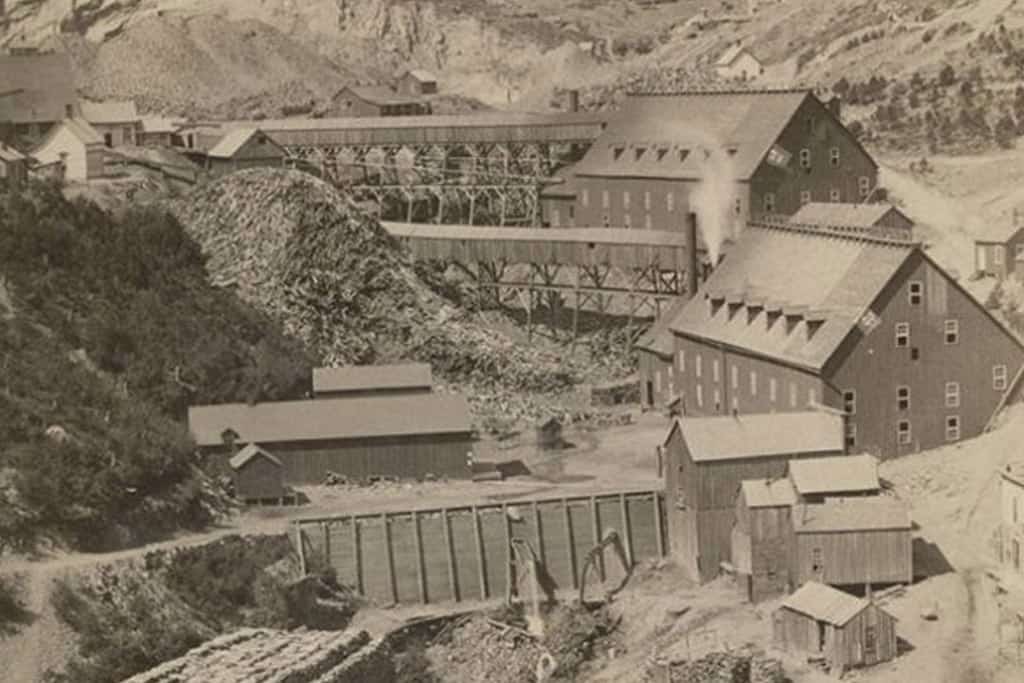 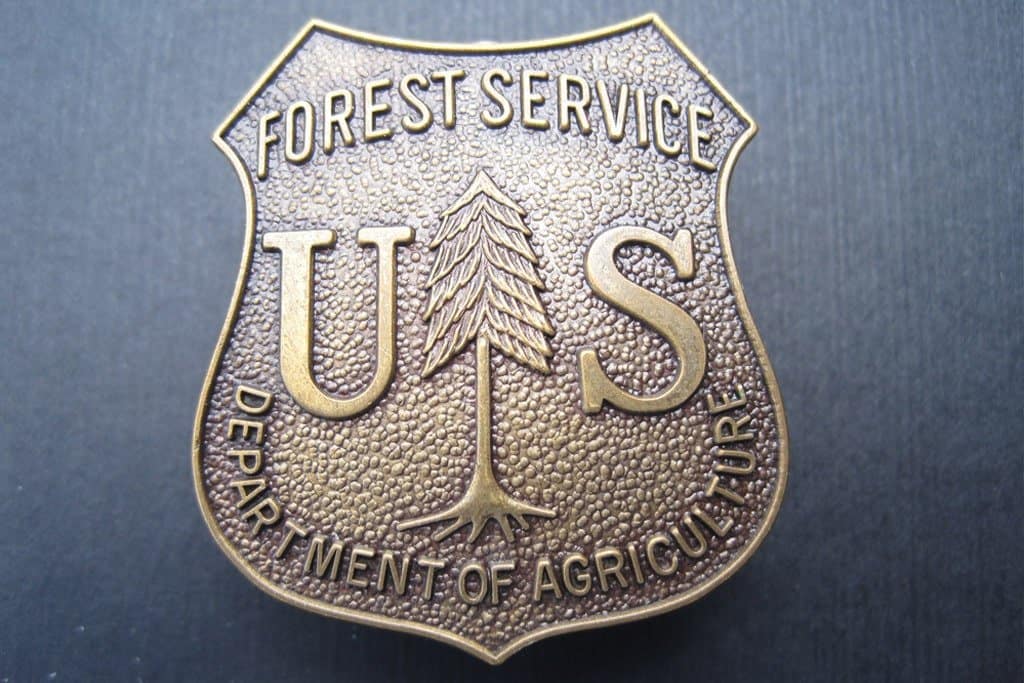 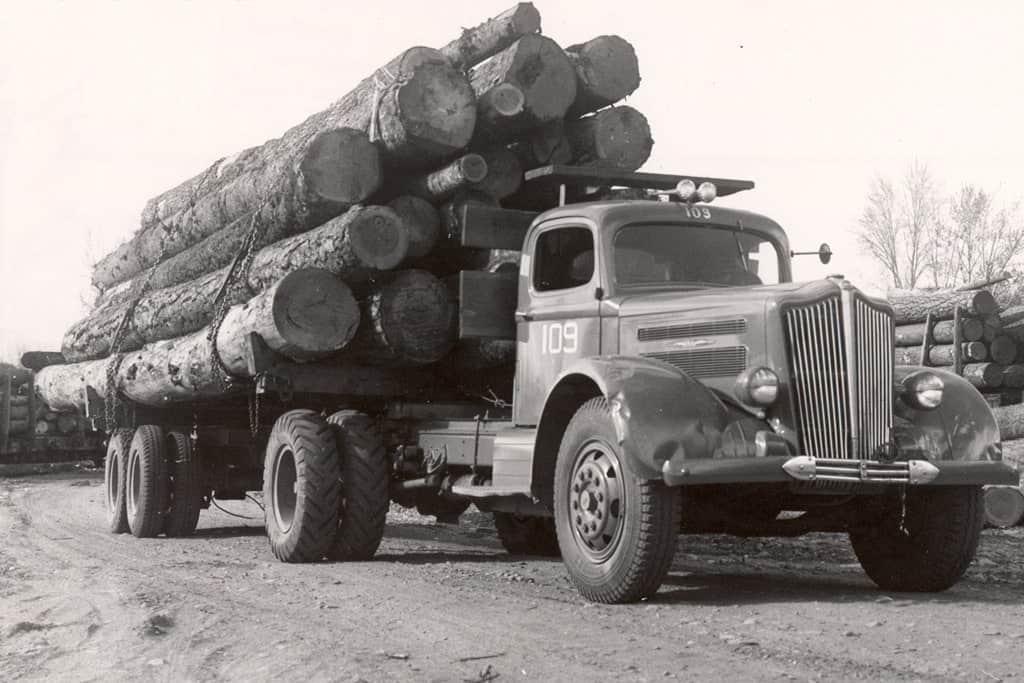 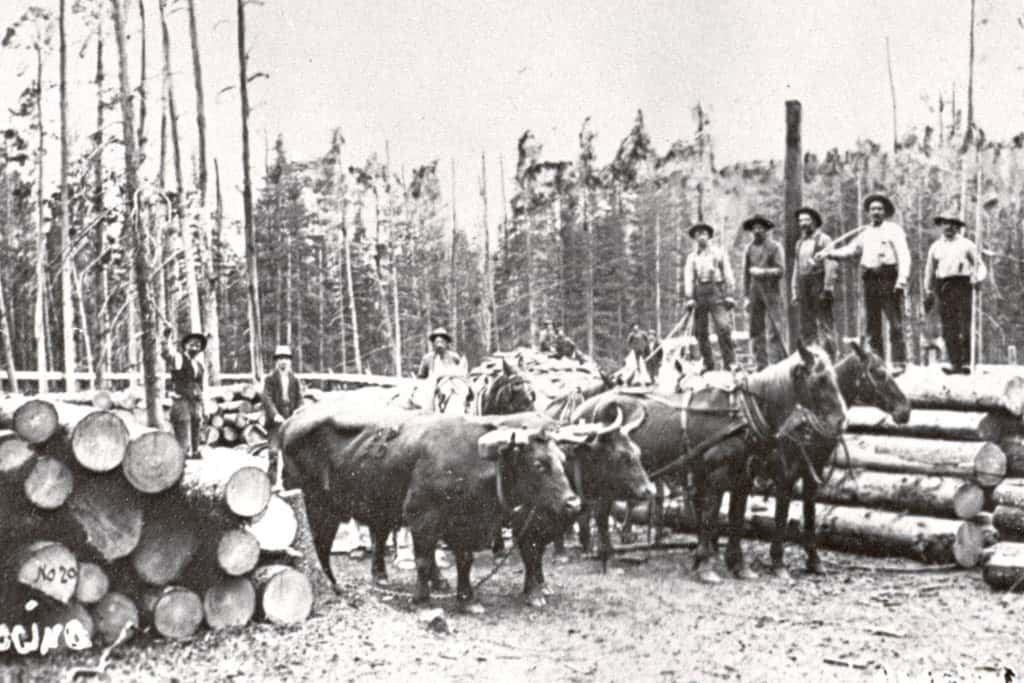